How I stopped my fear, and started to be myself

The Law of Jante:

Before you run away, I will tell you the words above are not mine. Many years ago, the Danish author Aksel Sandemose wrote those words and called them the Law of Jante, Jante being the main character in the book “A Fugitive crosses his Tracks”. He did not invent the rules, but put the existing social norms into these commandments. It was not a real law, but even today, the law still affects many Danes. I think Jante was a man who compared himself to other people, he had low self-esteem. He was jealous of other people’s succes, he didn’t love himself, and he was afraid to be himself. He hated himself and he projected his hatred unto other people. His hatred was so tremendous, that he wrote down those rules so other people would feel of less worth than they really were.

When I became an adult I began a journey towards self-discovery, and got more confidence. It was a long journey, sometimes I walked backwards and got lost, but I found my way again. Today there are still moments where I slip back into my old fearful mindset.

Unemployment challenges your confidence and self-esteem. Think about when you were a child and asked another child if they could play and he said no. Imagine the same thing happening every day as an adult, where you are knocking on locked doors and all you are get in return are standard reply emails with a “No”.

Luckily, I am not my unemployment, I am much more. A couple of years ago, I asked myself what I loved to do, and I stopped ignoring my dreams. I created a blog, and I wrote some blog posts. But I suppressed my creativity and limited myself because I focused on audience.  I thought I could imagine what my readers wanted. I was afraid to offend them, I was afraid to write what I really wanted to write. My writing was covered with make-up which blocked my blogging. I lost myself.

The freedom of Freewriting

A month ago, I joined the Facebook group My 500 words where the idea was to create a daily writing-habit. I knew I just had to spit out words, so I began writing without editing, and without thinking about writing with intelligence and elegance. I wrote without thinking about audience. I stopped being afraid of imperfection and failure. I removed the make-up from my words. Inside those raw words I saw my own reflection. I’m thankful for Jeff Goins and Christine Royse Niles starting My500words and for the fantastic writers in this group.

Between my sentences, I found truth and life, and I found a door which was not locked. I opened the door to greet a person who said, “Yes, I want to play, I have a job for you”. He told me to grab my pen and notebook, and jump into the ocean. Like St. Peter in Mat 14:22-33 I hesitated, but the person said “Come, don’t be afraid”, so I took the leap of faith and started to be myself. 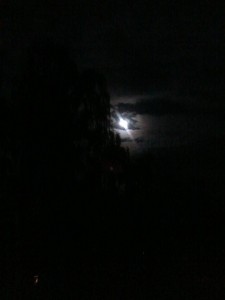 about the Light inside my darkness

May my pen be a flashlight

in your autumn nights.