How a sentence became a giant

One sentence became one word, crawled out of my computer, had wings, flew through my one eye and onwards to the core of my heart. This word was a bug biting me consistently and followed me everywhere. The bug was all I saw. I thought it had bad news for me from everyone: every publisher, reader and every friend. The bug was very real to myself and I was about to become a bug myself. The sentences had become a word, which had become an annoying bug, which name was No. No came to life in an e-mail, which told me the magazine didn’t want to publish any of the eight poems I had submitted. My brain knew why and what it meant, but my eyes only saw the No which attacked my heart. I saw the No vandalize every sentence I had ever written, every word I was writing and every letter I would write in the future. I stopped all my writing projects. The No began to yell at me even in situations which were not writing related, and it grew bigger and stronger. It was about to become a giant instead of a bug. 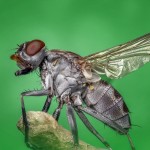 One day I sat on my couch waiting for my husband to come and watch TV with me. I thought I could pray. The No began to whisper, and suddenly it was quiet and blurred. The No became so small I couldn’t see it any more. The pain stopped. I was showered with love and comfort. Jesus knew rejection hurts, but the people from the magazine didn’t see my soul in my poetry. They didn’t see me, they saw an object. All they saw were words, which they had to decide if they wanted to invest in. Publishers have to estimate how many people want to buy and read the piece of text in a magazine or a book. My writing is like clothes on hangers. Not all clothes are sold. This is the circumstance for every artist.
I managed to see my writing for what it is: a product, an item. I put the tiny No where it belonged: in a corner inside my brain. I remembered that bestseller authors as Tolkien, Rudyard Kipling, Beatrix Potter, Stephen King and J.K. Rowling were rejected many times. For a moment I told myself I wasn’t a writer until I had got 100 rejections.
I know rejections are not rejections of me, but of my writing. My writing is a part of me, but I am much more than the stories I write.
There is someone who never rejects me. God says yes to me, and His yes is eternal. He accepts me, not because of my actions and talents, but because He is my Father and loves me for who I am.