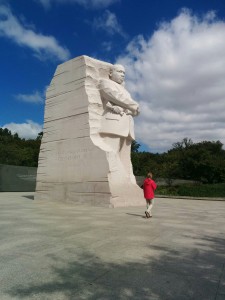 A smell of dust

Drops falling down from the ceiling

No. Drops from my eyes

Landing on my lips

The bars throw shadows of darkness

Words from whispers and letters

Words inside my head

Shouting over each other

The words are parasites

The words are strong as men

Written on my soul

I lay against the wall

The wall stands firm and quiet

A witness to the soul eating words

Which I lean my tears against

Are written on the wall

The wall is firm and quiet

While the words move down towards my heart

And my organs and veins

My skin folds and shrinks

A tight noose around my neck